William J. Penney
President, CEO, & Chairman of the Board

Mr. Penney has been a commercial banker for over 44 years and is the Chairman, Chief Executive Officer and President of the Company and the Bank. He is a native Floridian and a 38-year resident of Vero Beach. He has served as Chief Lending Officer in four different banking institutions over the past 31 years. His specialty is providing commercial banking services to business owners and investors and assisting them in growing their businesses profitably. During his career he has developed talented and successful bankers. Mr. Penney became the Executive Vice President and Chief Lending Officer of the Bank in March 2004. In February 2010 Mr. Penney was promoted to President and Chief Executive Officer to replace the retiring C. Andrew Lawrence. In November 2013 Mr. Penney was elected Chairman of the Board of Directors. Mr. Penney has been actively involved on several community and professional boards including the United Way of Indian River County, Alzheimer’s & Parkinson’s Association of Indian River County, Ocean Research & Conservation Association, the Indian River County Economic Development Council, the Indian River County Chamber of Commerce. He is currently chair-elect of the Florida Bankers Association.

Mr. Given brings over 33 years of experience in the luxury resort and private club/real estate development management. He is a partner in the Quail Valley Golf & River Clubs and serves as the Chief Operating Officer. He is also a general partner in several real estate holdings and developments. He is a graduate of Concord University in Athens, West Virginia with a major in Hotel Management and Minor in Business Administration.

Ms. Grall is a Vero Beach native. She is a shareholder of Grall Law Group. She specializes in personal injury and wrongful death litigation. In 2016, Ms. Grall was elected to the Florida House of Representatives. She is committed to community service and is active in many aspects of the Treasure Coast. She has served as President of the Indian River County Bar Association and spent many years serving on the county’s Children’s Services Advisory Committee. She is a past president of the Exchange Club of the Treasure Coast and in 2008 served as District Director on the state board. Ms. Grall led the Childcare Resources of Indian River Board as President for three years, served as President of the Junior League of Indian River and played an active role in leadership on the Board of the United Way of Indian River County. Ms. Grall graduated cum laude from Wake Forest University and earned her Juris Doctor at Marquette University. She and her husband Michael have two incredible children.

Mr. Lynch is managing partner of the accounting firm Lynch, Johnson & Long, LLC, located in Fort Pierce.  After graduating from Stetson University in 1981, Rick moved to the Treasure Coast area.  In 1985, he started his own accounting practice which has evolved to the firm he now leads. Rick, with his wife Robbin, have two grown sons and two grandchildren.  Throughout his professional career, Rick has been active with the local community.  This includes 28 years of participation with Treasure Coast Hospice. He is currently the past chairman of the Treasure Coast Hospice Foundation. Rick previously served as a director of Harbor Community Bank and its holding company, HCBF Holding Company.  He served as chairman of that bank’s audit committee.  Rick also held similar board positions with Harbor Federal Savings Bank.

Mr. Richey is the President and CEO of Riverfront Packing Company in Vero Beach. He has served in many different capacities in the citrus/agricultural industry including Chairman of the Florida Citrus Commission, President of the Indian River Citrus League, board member of the Florida Fruit and Vegetable Association and is currently serving as an appointed advisor to the U.S Trade Representative and U.S Secretary of Agriculture regarding international trade issues. Mr. Richey has served our local community in multiple ways including Chairman of the Indian River County Planning and Zoning Commission, Chairman of the Board of Trustees of St. Edwards School and President of the 100 Club of Indian River County. He previously served on the board of directors at Indian River National Bank, Gulfstream Business Bank and most recently CenterState Bank.

Mr. Roberts, a resident of St. Lucie County for over 60 years, has been involved in community banking since 1971. Most recently, he was president and Chief Operating Officer at Harbor Community Bank and regional president at CenterState Bank for Indian River, St. Lucie, Glades, Martin and Okeechobee and Highlands Counties. His community activities include serving as past chairman and trustee of Indian River State College.Currently, he is chairman of Indian River State College Foundation. He is Married to Susan Sample Kelly, a life-long resident of St. Lucie County. 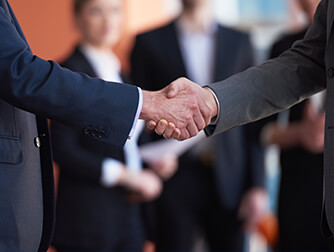 Switching to Marine is Easy
Our team is happy to make your move to Marine seamless.
Switch to Marine 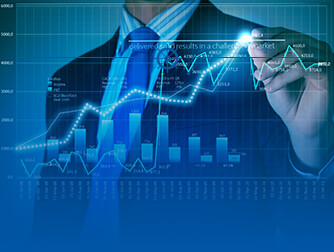 Grow Your Business
We make lending decisions locally and quickly to keep our community growing.
Commercial Loans
Read more on our accessibility statement